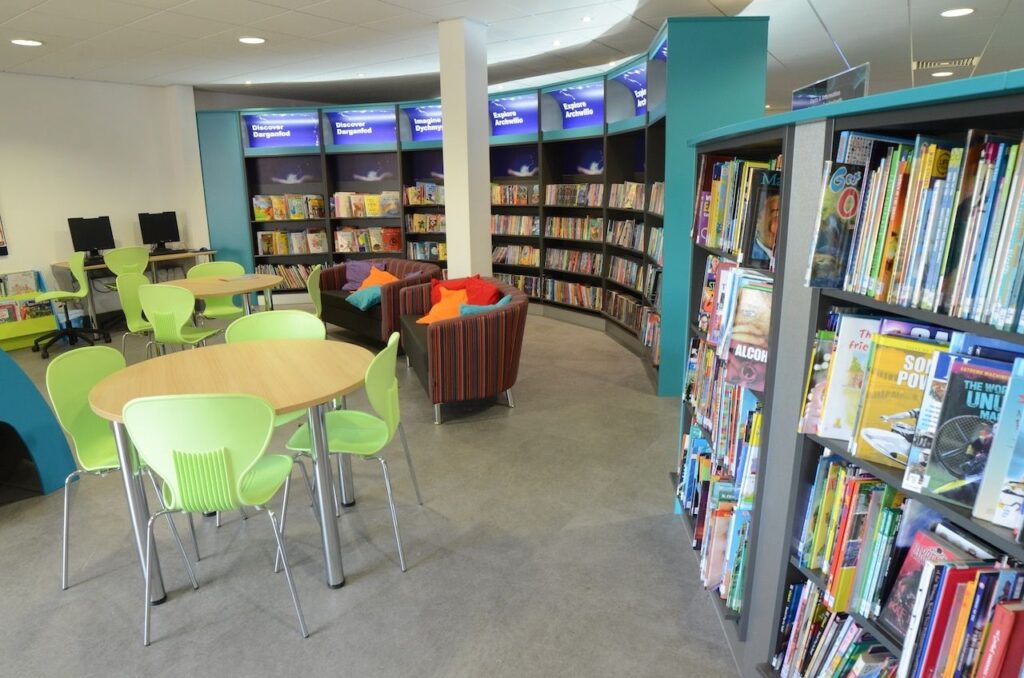 Like the town itself, Bridgend Library has undergone many changes since it first opened in 1901 on the ground floor of the then Town Hall. In 1908 the Carnegie Public Library opened in Wyndham Street and from 1925 to 1968 it also served as the headquarters of Glamorgan County Library.

In subsequent years, the building underwent numerous refits and refurbishments to ensure it provided the best service possible to its many visitors but by the mid-2000s it was too small to offer the service needed by the, now much larger, community.

In November 2013, the new premises, Bridgend Life Centre, opened to the public to great success, offering a much more open and accessible space, a large stock of new books, bright new shelves and furniture, and a lovely spacious and fun-packed children’s area.

The benefits of the move were immediately measurable: all the issue figures showed a marked increase that continued upwards long after the initial opening spike. This included footfall, internet usage and, most importantly, an increase in the junior and teenage issues. Similarly – and even more significantly – the library saw a massive increase in new borrowers with again a noted upturn in new younger borrowers. 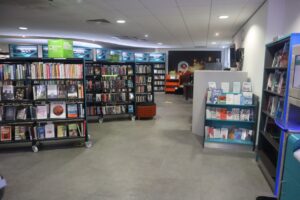 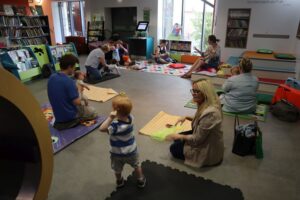 Six years on and, like all libraries throughout the UK, the library was forced to close as a result of the Covid-19 pandemic in March 2019 and then, after re-opening over a year later, close again at Christmas. While staff were getting ready to re-open a second time, they applied for – and were successful in securing – a Welsh Government Covid Recovery Grant that would allow much-needed alterations to the ground floor.

The first change was to move the staff desk to the rear of the library which would make room for two study pods, and increase circulation space which also improved accessibility for wheelchairs and pushchairs.  Furthermore, moving the desk had the added effect of making the library appear even more spacious than it already was. 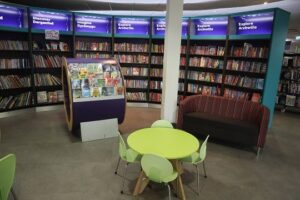 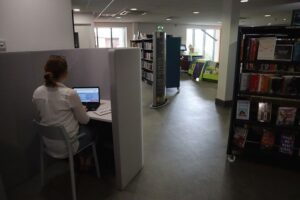 Fitted with electrical and USB power sockets and encapsulated by acoustic walls, the study pods provide comfortable and private areas in which visitors can work, make phone calls and conduct video meetings without disturbing (or being disturbed by) other library users. This also allowed more use of a large study space on the first floor.

As part of Awen’s commitment to promoting local heritage, display boxes have been installed in their upstairs study area which are used to exhibit items of interest. Currently, examples of glassware produced by the Acme Vacuum Flask Co. Ltd. are being exhibited and a family bible that’s believed was an engagement present for the owner’s wife-to-be Martha John in 1854. One of the library’s researchers is putting together a family tree to display alongside it. 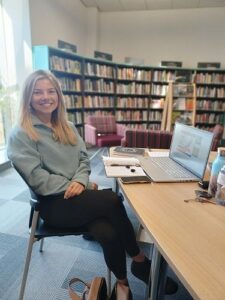 The library has also changed the static shelving between the Junior area and the entrance to mobile shelving. This means the layout of the library can be changed within minutes to make space for smaller activities, and the shelving moved to one side to open up the area for larger events like author readings and children’s activities. The Bounce & Rhyme sessions have been increasingly successful since libraries have re-opened and larger group sizes are more easily accommodated in the new space. The toddlers (and the parents!) always have huge smiles on their faces and – and as an added bonus – the library has seen a significant increase in the number of books being borrowed after these sessions; so much so that as well as the new shelves, staff have also purchased some beautiful (not to mention sturdy, movable and easily cleanable) ‘kinder’ boxes and extra books with which to fill them!

With the Summer Reading Challenge drawing ever closer, the library staff are really looking forward to being able to do something special for it this year with their new space!