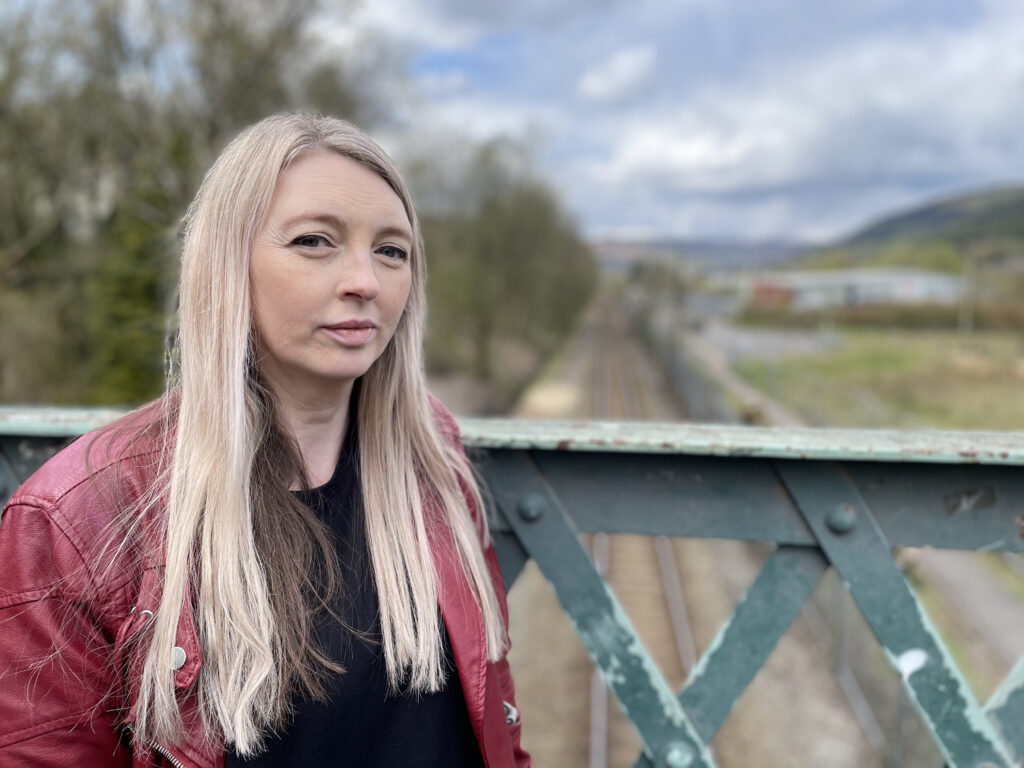 Since graduating in Journalism and English at Glamorgan University in 2000, Rachel Trezise has established herself as one of Britain’s most outstanding and original young writers.

‘Most of her writing is marked by her harrowing experiences growing up in the Welsh valleys, but there is a lot of diversity in the work she has published so far, and she has proved herself an extremely versatile writer of both fiction and non-fiction’ – British Council.

Her first book, In and Out of the Goldfish Bowl, is an autobiographical novel about growing up in the valleys of South Wales. It led to Rachel being selected for the Orange Futures list – a list of 21 young female authors for the 21st century. She went on to become a freelance journalist, writing features on music and the arts for Big Issue Cymru and the New Welsh Review.

Fresh Apples (2005), her second book, is a collection of 11 short stories celebrating youth, and won the inaugural EDS Dylan Thomas Prize. Her third book, Dial M for Merthyr (2007) is a music documentary and travel memoir about Midasuno, a rock band of young people from Merthyr, with whom she toured in summer 2005 – winning the Max Boyce literary prize in 2010.

She lives in the Rhondda.

What inspired you to write Easy Meat?

I had recently written two state-of-the-nation style plays for National Theatre Wales, one about the possible closure of the Port Talbot Steelworks and another about women’s rights. I realised that nobody had written a contemporary book of this nature in Wales for a long time. My publisher was interested in me addressing what had happened with the EU referendum and that seemed like the perfect opportunity to examine what had happened to our politics over the last decade or so. 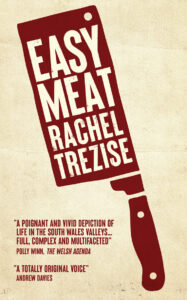 Easy Meat is a day in the life of 27-year-old Caleb Jenkins, a former Iron Man and reality TV star who now works in a local slaughterhouse. He’s been through the mill recently but he’s still hopeful he can get back to physical fitness and compete again. I hope readers will come away with an understanding of how easily life can change for the worse but also a sense of hope for the future; the wheel of fortune turns both ways.

How do you go about writing a book?

I have to plan it from start to finish otherwise it tends to go awry and turn into a completely different story or even a different form. Unplanned short stories often turn into novels for example. Once I’ve got a basic blueprint, a beginning, middle and end, I work at it everyday until I finish the first draft which is always fairly awful. On average it’ll take me five or six drafts to get it to where I want it to be. 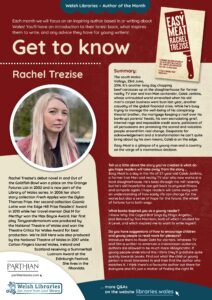 How is Easy Meat similar and different to other books you have written?

It’s similar to my other work because it’s set in the Rhondda Valley, (or a fictional one at least), and deals with the frustration of poverty which is a theme in all of my work but I’ve never written so expressly about politics or written a whole novel from the perspective of a male character. 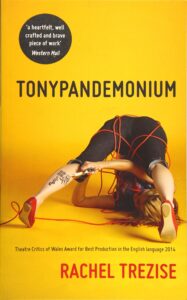 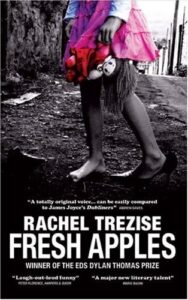 Do you think it’s important to draw attention to special issues within stories?

Not particularly. A good story is a good story, despite what it draws your attention to. Some writers just want to tell you one. Other writers have a lot to say about certain subjects or issues they have with the world and that wheedles its way in too but it mustn’t detract from the story itself – I think that’s what the reader is really interested in.

In your opinion, what makes a good novel?

A story that grips you from the very beginning with characters that you care about, which you believe wholeheartedly and which takes you on a rollercoaster tour of your own emotions.

I Know Why The Caged Bird Sings by Maya Angelou, and Beloved by Toni Morrison, both of which I studied for A Level, and which inspired me to want to write myself. 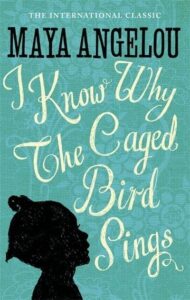 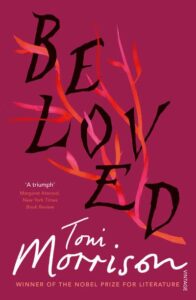 I only really discovered books when I went to work with my mother who cleaned Treorchy Library in the evenings. We never had any books at home and there was nothing to do while my mother did her job but start reading the young adult collection there. It was lovely to launch my first book there when it came out in 2000. Libraries are still one of my favourite places to be.

Introduce them to Roald Dahl for starters. Whereas TV and film is written to entertain a mainstream audience, authors are allowed to be much more idiosyncratic. If young people understand this I think they’ll gravitate quite quickly towards books. Find out what the child or young person is most interested in and then find the author who matches it. I think there’s a favourite author out there for everyone and it’s just a matter of finding the right fit.

Read our Get to Know the Author Flyer for further information about Rachel and Easy Meat. See also our Author of the Month writing in Welsh.