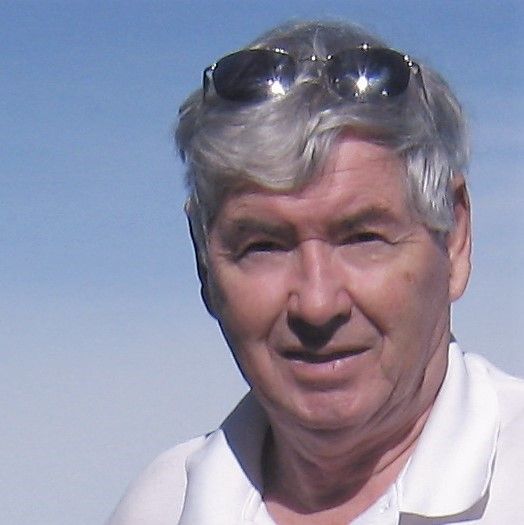 Born in Saundersfoot, Cyril James Morris joined the Royal Navy as an apprentice at age sixteen. He served twenty-two years as marine and aeronautical engineer, followed by training as a helicopter anti-submarine pilot and eventually as a helicopter maintenance test pilot. After his retirement he became a lobster fisherman in Saundersfoot for a couple of years and then took up a position in the U.S.A. as an aerostat flight director. He returned to Saundersfoot in 2014 to pursue his writing.
His new work of fiction The Herring Man is a modern-day fable, beautifully illustrated by the author, about dealing with grief and searching for hope.
“A tender tale of love and loss that pulls you in like the tide” – Jack Smylie Wild

“What happens when the old stories are lost? The Herring Man explores the hinterland where realities and memories meet through peeling back the past as a young man learns how to give an old friend his long-earned peace. A touching, enchanting tale.” – David Lloyd-Owen 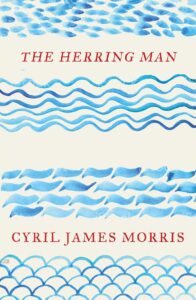 Known locally as the Herring Man, Samuel Evans was a fisherman and sailor. He travelled across the seas, sketching down his experiences and leaving his adventure stories as a legacy. His grandson Gwyn is the only living relative left to tell his tales, but he spends his days in silent isolation, fixing damaged fishing nets with the net-needle Samuel carved from a walrus tusk.

When a lonely young boy becomes intrigued with his boat and offers to help fix it, they form a bond that gives Gwyn hope he’ll be able to speak again. As he starts talking about the past he begins to leave a legacy of his own. A riddle for the young boy to solve.

What inspired you to write The Herring Man?

When I left the Royal Navy in the late 1970’s it was a challenging adjustment as I had known nothing else since the age of sixteen. I could find no new employment in Pembrokeshire at that time but wanted to live where I was brought up by the sea. At that time all I wanted to be was a fisherman and my prize possession was a 14ft clinker rowing boat with a seagull outboard motor. My cousin and I fished for herrings at night in the middle of winter in the Cleddau Estuary upstream from Milford Haven. The experience was magical. No profit for months on end, just a few fish to feed the cat, until one night we caught the ‘silver tube’. So many herrings that it almost sank the boat. Two days later a terrible storm did sink the boat and we could fish no more.

Success and tragedy just like ‘The Rime of the Ancient Mariner’ by Samuel Coleridge. I stored the memories and knew that one day I would be a writer. 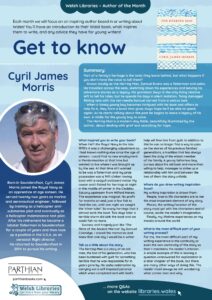 Tell us a little about the story…

The Herring Man is a story of an old man, the last of his generation, who has been burdened with guilt for something terrible that he was responsible for in years gone by. He seeks redemption by carrying out a self-imposed penance which when completed and with God’s help will free him from guilt. In addition to this he can no longer find a way to pass on the stories of his previous families’ generations, a tradition that has always been the duty of the eldest member of the family. A young fatherless boy, curious about his old boat and more than willing to help, manages to strike up a relationship with him and between the two of them the story unfolds.

My writing inspiration is drawn from:

People, true to life characters are to me the most important element of any story.

Places, the setting/location of the story must gel with the characters and of course, excite the reader’s imagination.

Finally, my lifetime experiences on my travels around the world.

For me, the most difficult part of my writing experience is the continuity or even the non-continuity of the story so that it maintains the reader’s interest. A simple example of this is leaving a question unanswered for explanation in a later chapter of the book, but there are many other ways of doing this. The reader must always be left wondering what comes next and why.

Definitely the characters. Why, for me they develop the story, they tell me what to write. They are my inspiration. I empathise with them, and I know how each one of them will react to various situations. They speak to me in a way that I understand their mission in the plot.

What is good writing? Difficult question. It is, like art, a personal choice. For me poetry is the finest form of creative writing. A feeling, a sense of being, a story told in a few words, almost like music, the words and sentences must balance one another and blend together.

Enid Blyton’s books, her adventure stories were so absorbing for young people. The best Christmas presents of my early years.

The Old Man and the Sea. Ernest Hemingway 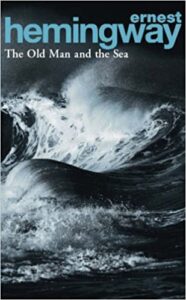 As a boy I loved the library and when I lived in the countryside the mobile library was as important to me as to my children.

Ban mobile phones in classrooms and introduce a lesson programme that encourages each individual to read aloud from famous stories that have stood the test of time.

The Herring Man will be published in April by Parthian Books.

Read our Get to Know the Author flyer for further information about the author and their new book. See also our Authors of the Month writing in Welsh.